Eindhoven Airport is an airport located 4 NM(7.4 km; 4.6 mi) west of Eindhoven,Netherlands. In terms of the number of served passengers it is the second largest airport in the Netherlands, with 4.3 million passengers in 2015 (well behind Schiphol, which serves more than 58 million passengers). The airport is used by both civilian and military traffic. 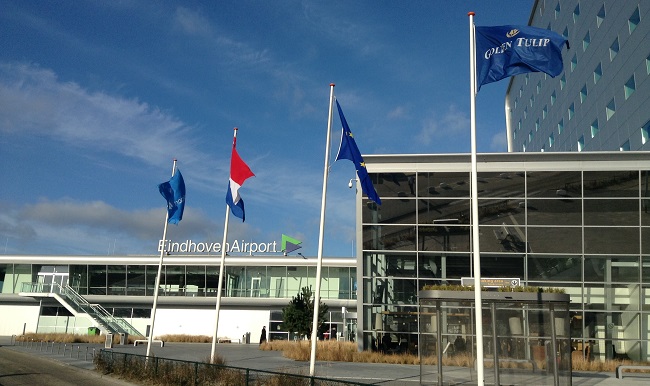 Eindhoven Airport site with all the destinations provided:

For other hotels, located further away from Eindhoven Airport but still in Eindhoven, please head to our Hotels section.

Rentalcars provides a service for cars where they deliver the desired car at a certain place and it lets the customer quite flexibly return the car. By utilising Rentalcars the customer is expected to get a quality car for a good price, as stated by the quote from their site:

”We work with all the leading car hire companies at Eindhoven Airport (EIN), including Avis, Budget, Enterprise, Europcar, Green Motion, Hertz, Sixt, Thrifty. Whatever you’re looking for, we can get you the very best price. Eindhoven Airport car hire starts at just 17 € per day.”

A link to the site of Rentalcars, completely in English, is self-explanatory and can be a helpful medium to hire a car at Eindhoven Airport.

To reserve a parking spot near Eindhoven Airport please visit 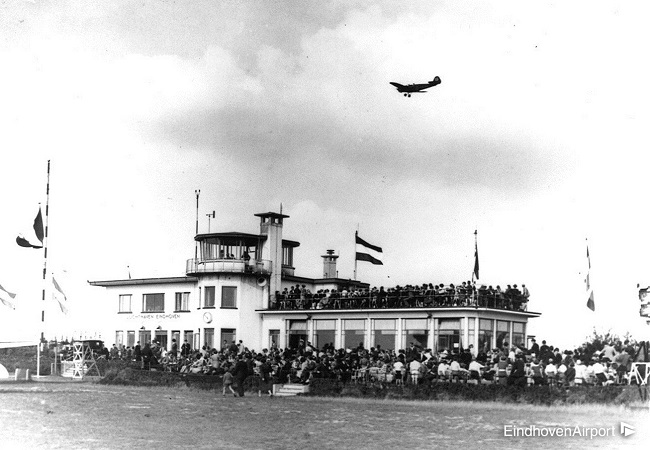 The airfield was returned to the Royal Netherlands Air Force in 1952. It was home to Republic F-84G Thunderjet,Republic F-84F Thunderstreak, Northrop NF-5A/B and finally the General Dynamics F-16A/B Fighting Falcon. 316 Squadron flew the F-16 and was inactivated in April 1994.

In 1984 a terminal building for civilian air traffic was constructed, based on a design of Leo de Bever. After the end of the Cold War, Eindhoven was transformed into a military transport base. Initially it was home to F27-300M Troopship aircraft. Over the years to come, Fokker 50, Fokker 60, McDonnell Douglas KC-10, Lockheed C-130 Hercules and Gulfstream IV aircraft were stationed at the air base. The Fokker aircraft have been retired.

On the civilian side, the airport has continued to grow and is now the second largest airport in the Netherlands. To accommodate this, in early 2012 work to further expand Eindhoven airport was started. Now, there is a 120-room Tulip Inn Hotel. From 1 July 2007, Eindhoven, is the location of the Movement Coordination Centre Europe (MCCE), a merger of the former European Airlift Centre (EAC), established by the European Air Group, and the Sealift Coordination Centre (SCC). MCCE is a non NATO/non European military organization. MCCE is an organization open to all Governments whose membership is accepted by all the others participant nations, regulated by a specific legal technical agreement. The Mission of the MCCE is to coordinate the use of Air Transport, Surface Transport (sea and land) and Air-to-Air Refuelling (AAR) capabilities between participating Nations and thereby improve the overall efficiency of the use of owned or leased assets of the national military organisations. The Centre’s main focus will be on strategic movements, but not excluding operational and tactical movements. From September 2010 Eindhoven Airport is also hosting the European Air Transport Command, composed of six European nations who share aerial military assets in a single operative command.

Eindhoven Airport is located just off the A2 motorway which offers direct connections to the west and south of the country, including the cities ofAmsterdam, Utrecht and Maastricht. The airport is also served by two of Eindhoven’s bus routes.

The corona virus keeps the world and the Netherlands busy. In our country, the virus is quite violent in North Brabant. In fact, Brabant is the core with the most infections. Reporting follows in rapid succession. Below an overview: Events Events and gatherings of more than 100 people are prohibited. Activities with less than 100 people are also discouraged. With these messages in mind, the pubs in Eindhoven also remained closed last … END_OF_DOCUMENT_TOKEN_TO_BE_REPLACED